The Barnard alumna changed everything from the very way women are treated at the doctor’s office to life in medical school for female students.

There was a time when gynecological medical students practiced performing pelvic exams on anesthetized patients, not alert people who could express discomfort, which ultimately led to many medical doctors giving routine exams on awake women that were unnecessarily painful. What’s more, doctors didn’t let a patient know when someone would touch their body — or how — or share information that could answer any questions a patient may have had.

This time was not centuries ago, but mere decades. And it is because of Lila Wallis ’47 that this basic medical procedure has been transformed into one that respects the body of the patient. Wallis, who died at age 100 on January 3, 2022, not only changed the method for vaginal pelvic exams, she also spent her career bringing more women into the medical field and advocating for all patients to be treated in more humane ways while receiving care. Wallis was the founder and first president of the National Council on Women’s Health, which empowers women to make informed health decisions, and she was the only physician in the United States to have board certifications in internal medicine, hematology, and endocrinology and metabolism. For all of this, it is not surprising that she has been hailed as the “godmother of women’s health.”

Wallis began her medical training in one of the most unlikely places for someone who spent their career in New York City: Nazi-occupied Poland during World War II. She grew up in Wilno, Poland, and was a university student when the war began, inspired by her mother to become a physician. At the time, her father was in London working for the Polish government and eventually relocated to the United States. She and her mother stayed in Wilno, where Wallis became a part of the Polish underground, including providing medical help to troops and members of the resistance. When Germany invaded Poland in 1939, Wallis and her husband reunited with her father, eventually settling in New York City in 1946. Soon after, she was enrolled at Barnard as a senior, studying chemistry and learning about women’s empowerment.

By the time Wallis joined the student body at Barnard, she was a seasoned college student. Yet what she encountered in Morningside Heights showed her an entirely new side to academia.

“It was a very novel experience for me because university studies in Wilno not only were disjointed but left a great deal to the student. And [at Barnard], I was amazed at the care that the professors exhibited guiding the student. The friendliness and the friendships that were available, both between the other students, as well as between students and faculty, [made] it a very wonderful year,” she said in 1989 in an interview for the Barnard Centennial Oral History Series, adding, “Everybody was helpful and was interested in helping me.”

Her commitment to helping others became a foundational focus of Wallis’ career, even though the practice was largely absent during her medical training. After graduating from Barnard, she became one of only 13 women in her class at the Columbia University College of Physicians and Surgeons. There, Wallis was subject to a “rather rude awakening” after her time at Barnard (including being the focus of derogatory or sexual comments), but she also found something she’d experienced as an undergraduate: a camaraderie with her female classmates and a reminder that there is great power in women supporting each other in community.

After graduating in 1951, Wallis did her postgraduate residency training in internal medicine at the New York Hospital-Cornell Medical Center, specializing in hematology and endocrinology/metabolism. When the residency was completed, Wallis said at the time, “I felt that my patients did not discriminate as much as my [male] colleagues. That was one of the reasons why I went into private practice.”

She established her own internal medicine practice in Manhattan in 1956, saying, “I was also interested in dealing with the patient on a one-to-one basis. Being able to educate the patient, explain things to the patient, and at the same time elicit compliance from the patient.”

These open lines of communication led a number of her patients to disclose how prior to seeing Wallis, many of their internal exams had been painful or they had not been told what to expect during them. This led her to investigate how vaginal exams were being taught in medical schools and the discovery that students typically practiced on fully anesthetized patients who could offer no feedback on how it felt.

In 1979, in response, Wallis created the Teaching Associates program at New York University-Cornell Medical Center. Nonmedical students served as “patients” as medical students performed pelvic and breast exams on them; communication was encouraged so that students could learn how to perform these procedures painlessly. Techniques adopted from these sessions are now the basis for how these exams are taught in medical schools across the U.S. and Canada.

While this work directly bettered life for patients, Wallis strove to also improve opportunities for other women doctors. “I felt that women would have a better chance of succeeding individually if they worked together, as a group,” she said.

And while there was clear progress — women made up 50.5% of medical school students in 2019, and women’s health is now a priority of more organizations — Wallis continued her efforts throughout her stellar career, authoring over 70 books, including 1998’s Textbook of Women’s Health and The Whole Woman: Take Charge of Your Health in Every Phase of Your Life (1999).

Much of what fueled this pioneering physician’s six-decade-long career was born during Wallis’ year of study at Barnard: the idea that women working together can achieve what they’d been led to believe was unattainable. “A lot of things that needed to be done for women nobody taught. Nobody had taught me. I had to learn on my own,” Wallis said. “[I had to] go to other workshops and conferences [and] talk to other women doctors in order to improve some of the things I felt needed improving in women’s health.”

“You Oughta Know” is produced in collaboration with Obden Mondésir, associate director of the Barnard Archives and Special Collections.

For more resources, visit the Francine A. LeFrak Foundation Center for Well-Being, Barnard’s new centralized hub for all wellness-related initiatives across campus. The Francine LeFrak Center supports the entire College community with a 360-degree perspective of personal well-being: physical, mental, and financial. 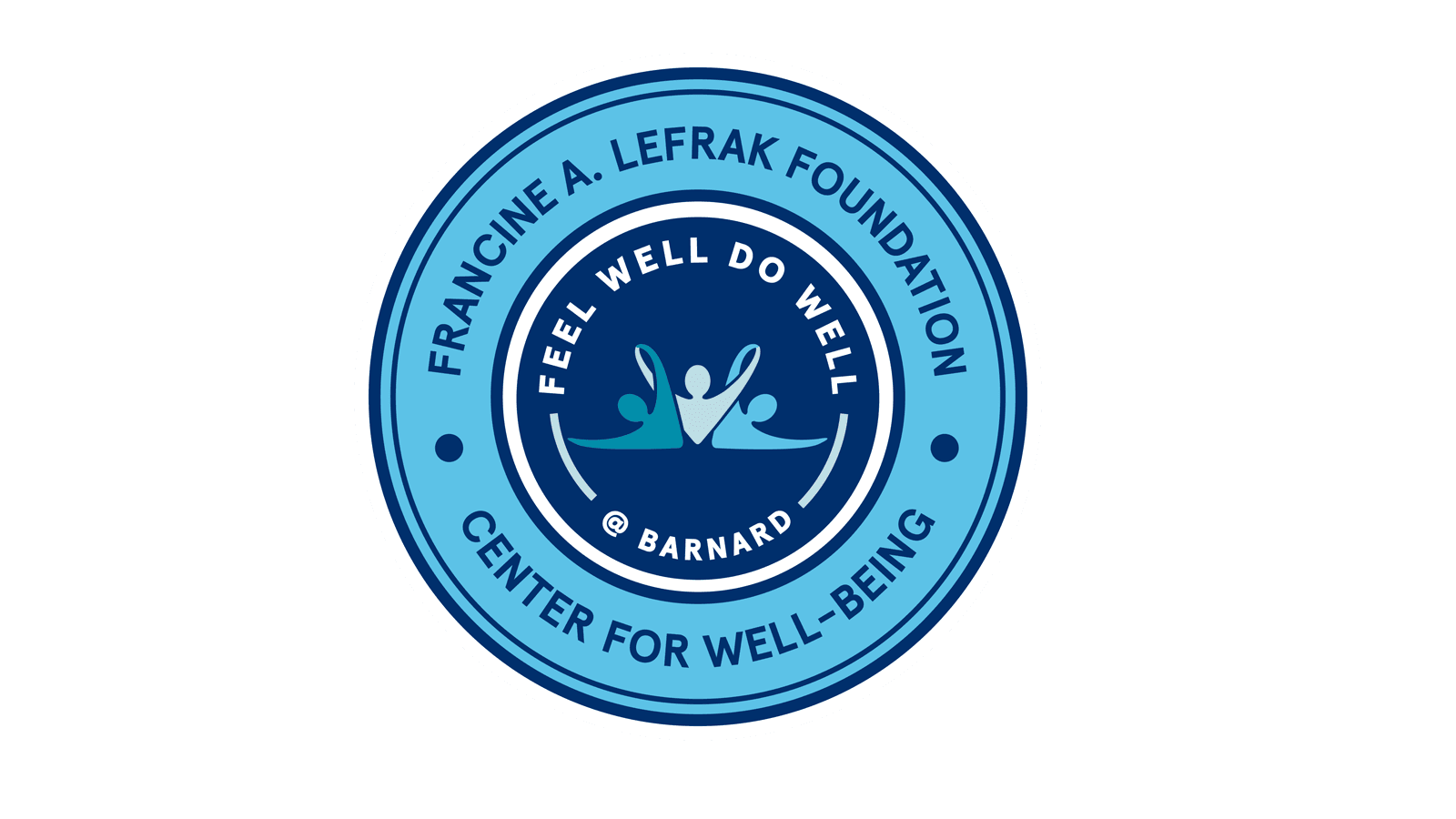 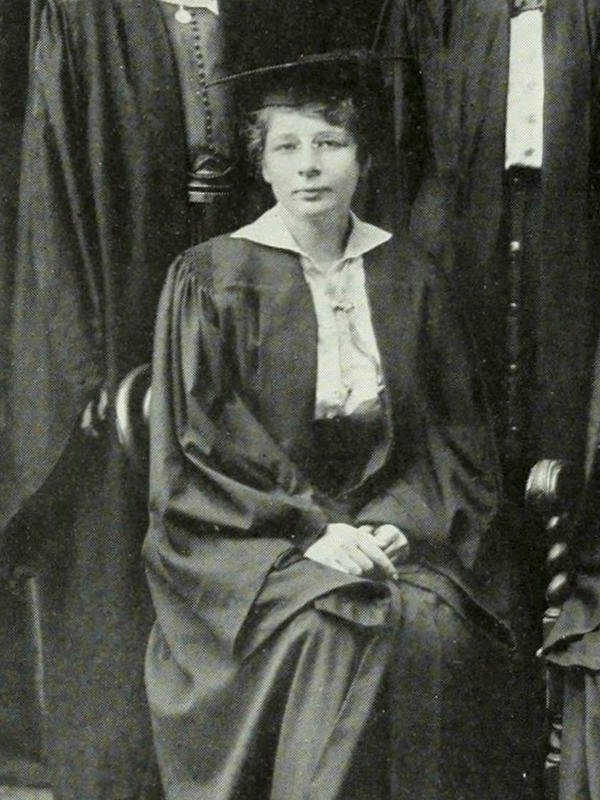 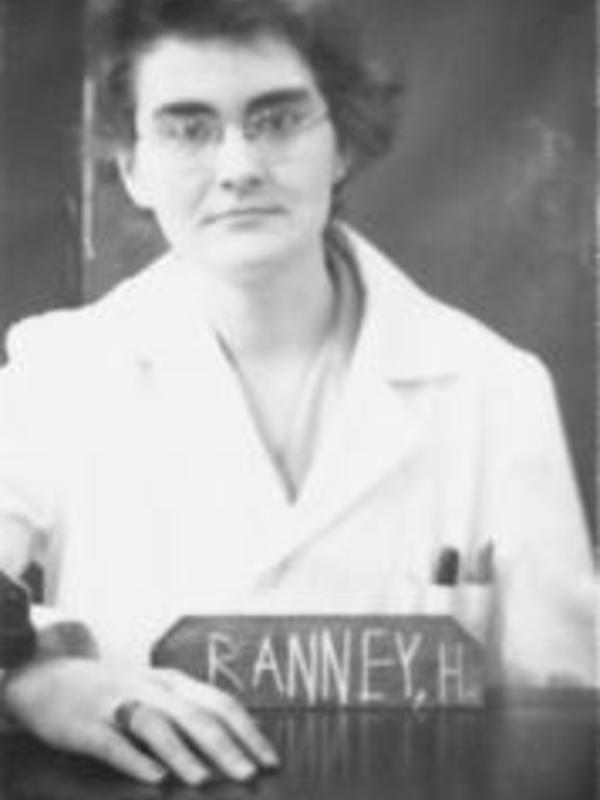